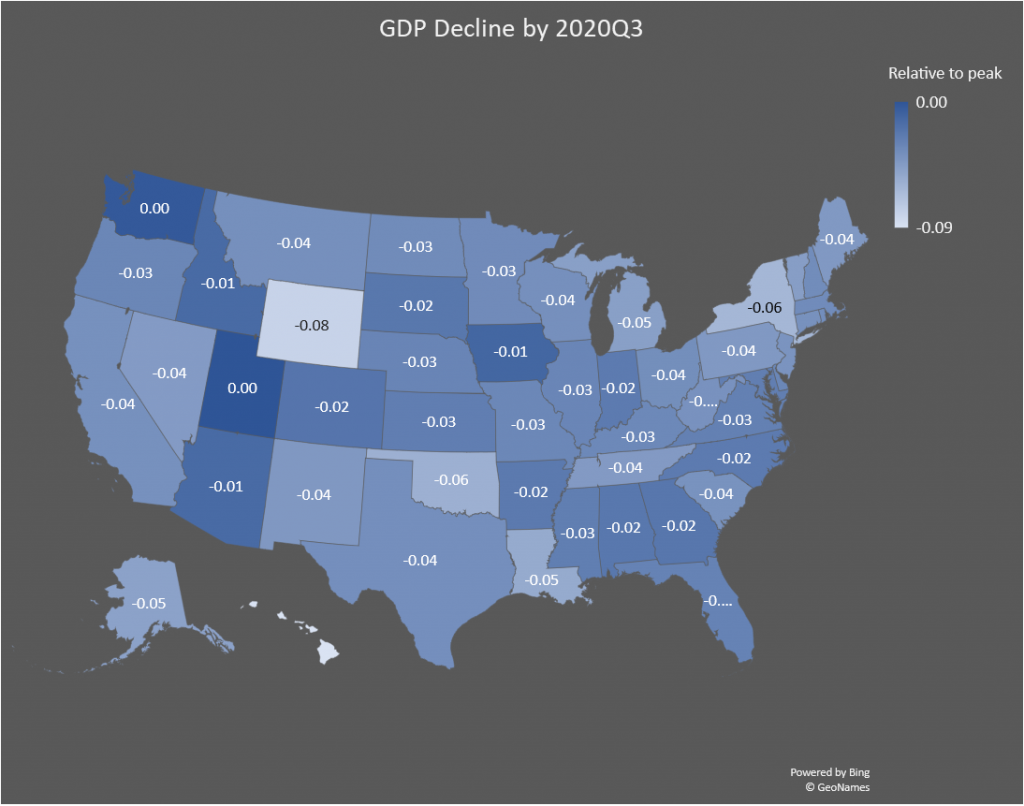 Wisconsin’s decline (discussed in this post) at 3.6% is slightly larger than the nationwide decline 3.4% (US GDP reported on a basis consistent with state level GDP).

Washington state, which has implemented fairly comprehensive public health measures during the pandemic, has done relatively well, with essentially zero net loss by 2020Q3; it’s second to Utah, which is the only state registering a gain (of 0.2%).