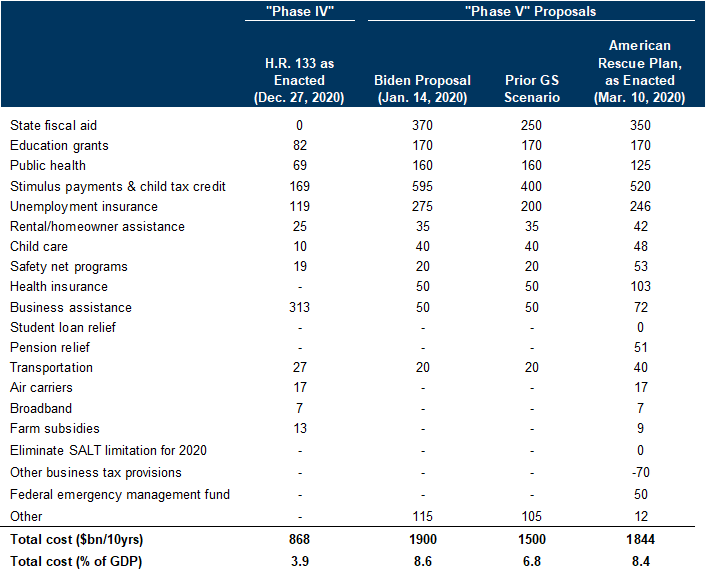 Goldman Sachs outlines their estimates of the fiscal impulse resulting from the ARP. 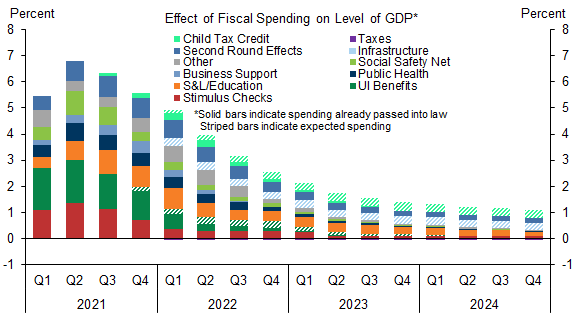 Peak impact is estimated for 2021Q2, at a 7 percentage point higher level of GDP. This estimate is predicated upon multipliers of a certain size (note interestingly there is little debate over the idea of positive “multipliers”).

CBO has made adjustments for social distancing in its previous projections of the CARES act; estimates of fiscal impact on GDP have to be conditioned on expectations regarding the extent of pandemic. GS is somewhat above the WSJ mean forecast, suggesting expectations of a higher package size and/or larger multipliers. Interestingly, GS does not foresee a lot of overheating since their estimate of slack is greater than that implied by CBO’s estimate of potential.

Source: Struyven, Hatzius, and Bhushan, “There Is More Slack Than They Think?” Goldman Sachs, February 16, 2021.