At the end of the week, the five year constant maturity Treasury yield continued to rise along with the implied expected inflation rate; but after accounting for the estimated term premium and liquidity premium (h/t Bob), the increase in the latter since the Georgia elections is much more modest. 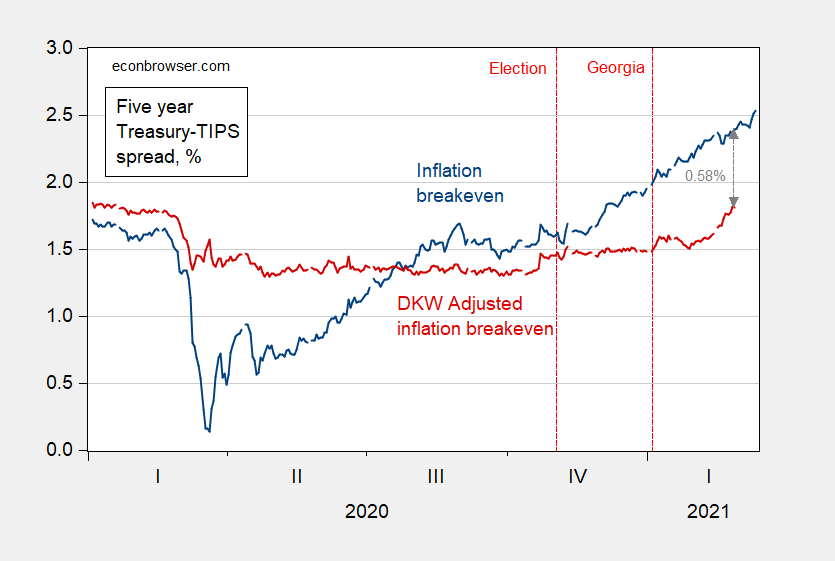 As of 2/26/2021, the unadjusted series is 0.58 percentage points higher than the adjusted; that is the expected inflation rate over the next 5 years is 1.8% instead of 2.4%. If the gap between the two premia has remained constant (no reason that would be true), then expected inflation remains below 2%.

35 thoughts on “Inflation Expectations, Post-Passage of the American Rescue Plan”