The two neighboring states of Wisconsin and Minnesota share a similar economic structure and size; and yet their fortunes have diverged over the past three years. One correlate of Wisconsin’s growth deficit is state and local government spending. 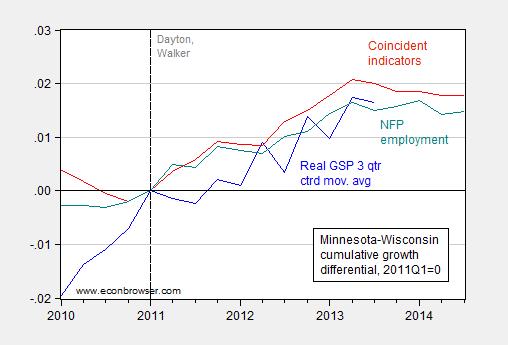 Figure 1 highlights the fact that the growth gap peaked at between 1.6 ppts to 2.1 ppts in the middle of 2013. Interestingly, the gap has only barely diminished since then. 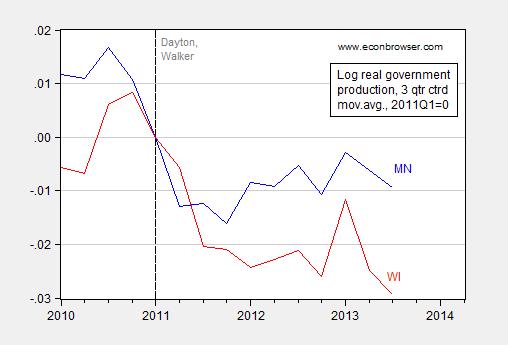 This data ends in 2013Q4, so it’s not clear what’s happened recently. We can glean some information regarding more recent trends from state and local government employment. 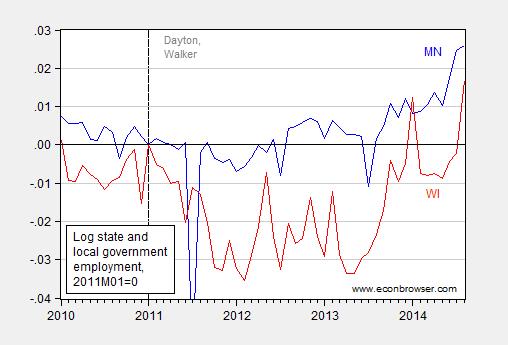 On this last point, I would be tempted to say something about political business cycles, but I will demur. For now, I’ll merely note that lagging Wisconsin performance over the past three years was entirely predictable given standard theory [3] while supply side factors highlighted by Governor Walker were unlikely to have a noticeable effect at that time horizon, if ever.[4] Also entirely predictable, that the Governor’s August 2013 pledge to create 250,000 net new jobs by the end of his first term would not be met, [5] undershooting by over 100,000 according to forecasts from the Walker administration’s own March 2014 Wisconsin Economic Outlook.

20 thoughts on “A Fiscal Tale of Two States: Minnesota vs. Wisconsin”