(Well, actually, the recession had been underway for nearly ten months, and after Lehman Brothers, on October 26th, 2008). Or why I worry about the White House economic policy management team.

Here’s what the most recent vintages of the data say about Dr. Mulligan’s forecasts (recalling that ARRA was passed in February 2009). (A discussion of using the data available to Dr. Mulligan at the time of his forecast, see this post.) 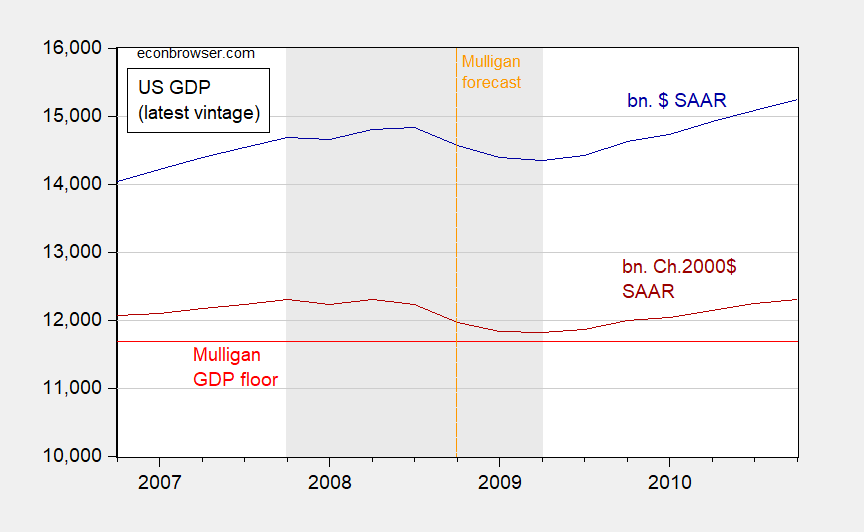 What about employment? Well, even with the ARRA, we blew way past the Mulligan floor of 134 million. This is shown in Figure 2. 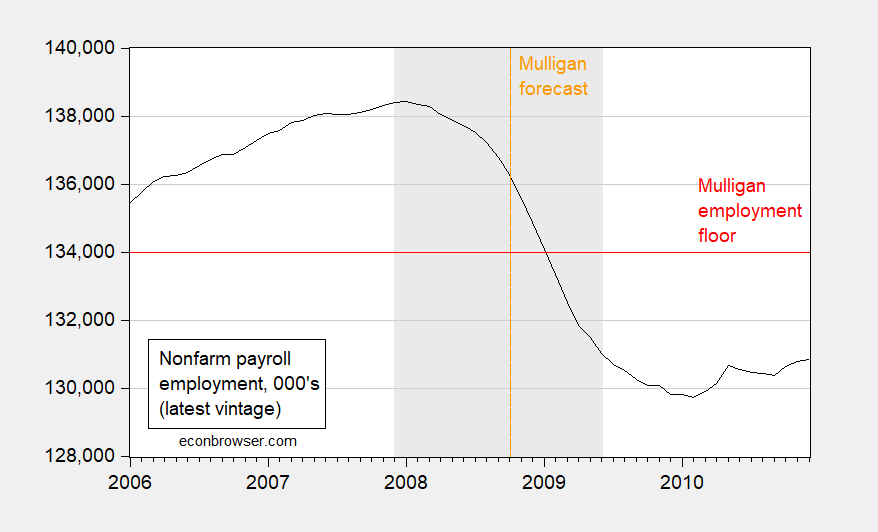 Let me observe that we breached Mulligan’s floor even before passage of the ARRA. So if we believe — as Mulligan did, and apparently still does, — that the ARRA increased labor wedges thereby worsening the recession, he missed (since to my knowledge, no nuclear war occurred).

So, now that I’m pretty sure a slowdown is coming, and a recession highly likely, I’m ever more worried about the economic crisis management team at the White House. I hope I will be proved wrong.

Interesting fact: Mulligan wrote his October 2008 post after Don Luskin wrote his September column, thereby showing that an actual advanced degree in economics (Luskin has no degree at all) is no protection against complacency.