Employment numbers for June were released for today. 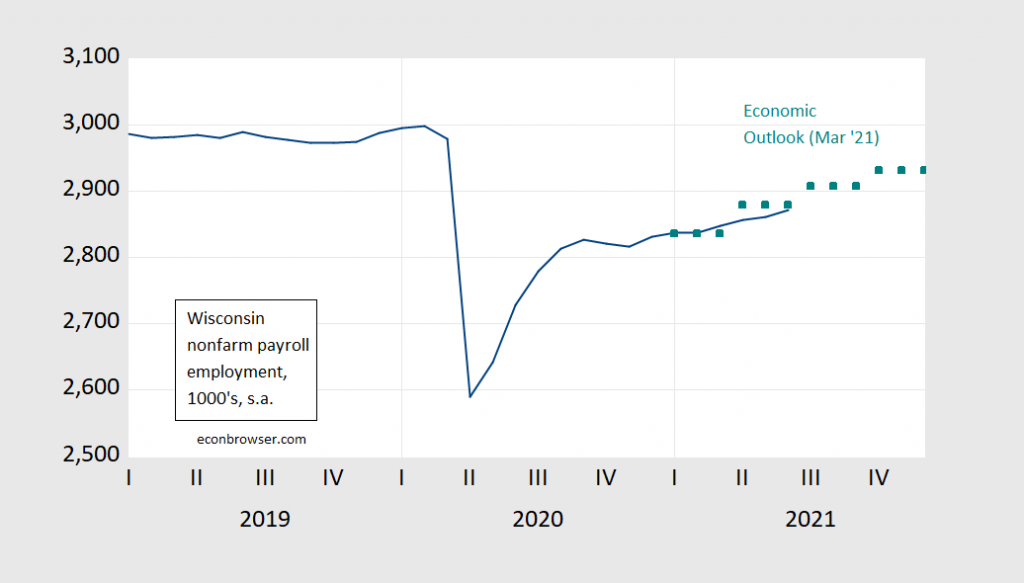 Nonfarm payroll employment in June was a bit below the DoR’s forecasted level for Q2, growing 4.6% annualized, way down from a year ago (47.1%), but still above recent months. 4.6% is a bit slower than the national pace of 7.3%. The halting pace of job growth could be due to any number of factors, but the argument that enhanced unemployment benefits is not clearly the cause as of May has not yet validated by any formal studies I’m aware of. The total number of unemployed were essentially constant April to June. As of June, WIsconsin NFP is down 4.3% as compared to 4.5% nationwide.

It’s important to recall the dualistic nature of the recovery, in particular the fact that high contact services employment remains more depressed than that for goods production. The recovery in accommodation and food services seems to have stalled (according to seasonally adjusted numbers), while manufacturing employment has resumed its rise. 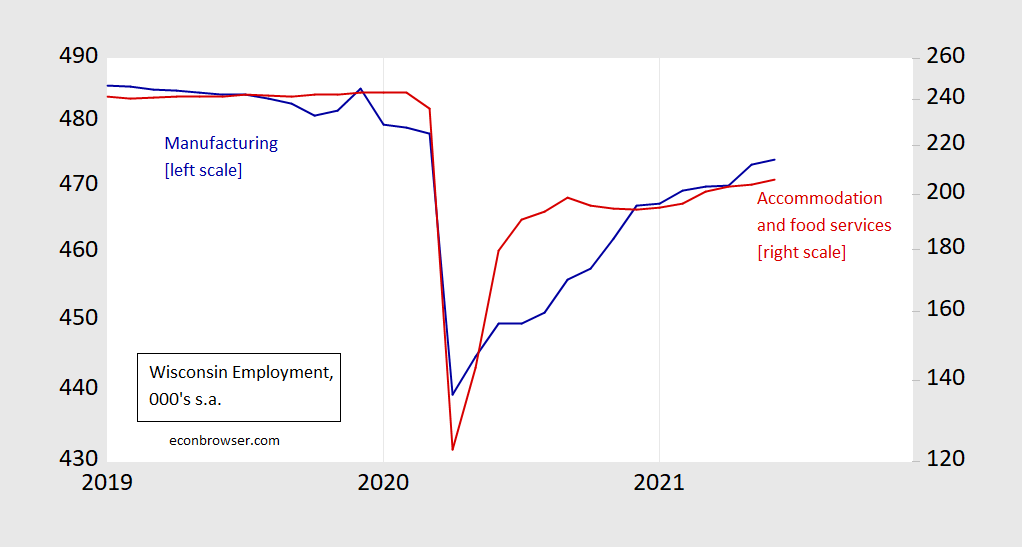 Manufacturing employment is 1.0% below February 2020 levels, while accommodation and food services are down 16.7% (on a seasonally adjusted basis), log levels.

Finally, we can look at how the other employment measure is tracking the labor market. 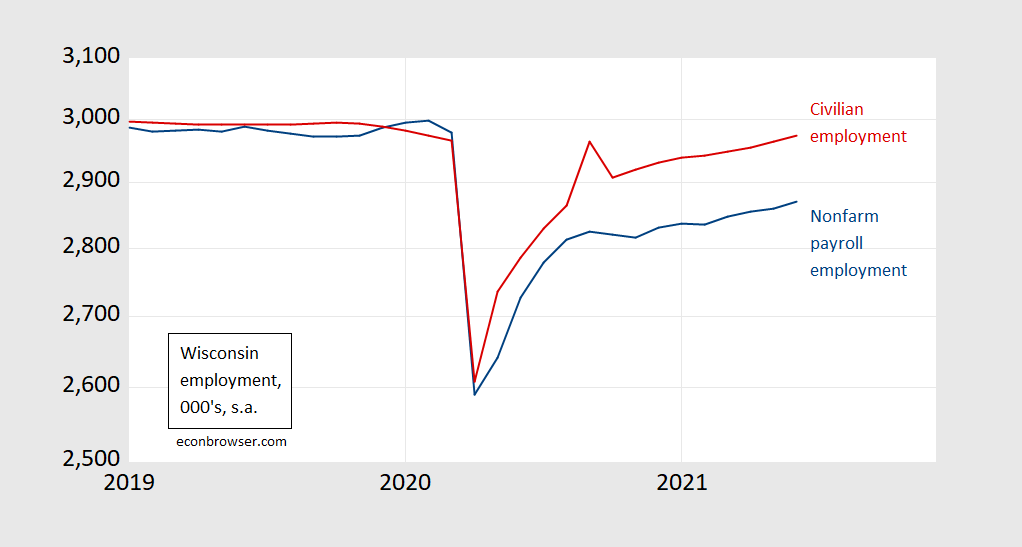 Both series are rising, with nonfarm payroll employment showing faster growth in June. Civilian employment, based upon the household instead of establishment survey, shows lower growth, but is much more imprecise, and subject to large revisions. In that case, it might be better to rely on the year-on-year numbers, where civilian employment has grown 6.7% vs. 5.3% for NFP.

I typically refer to the labor market data for Wisconsin because employment is reported with the shortest lag among the official statistics. However, tools recently developed by  Baumeister, Leiva-León, and Sims allow for higher frequency tracking, as described here and here. Here is weekly tracking of Wisconsin vs. Minnesota vs. the US., through June 26, from their dashboard. 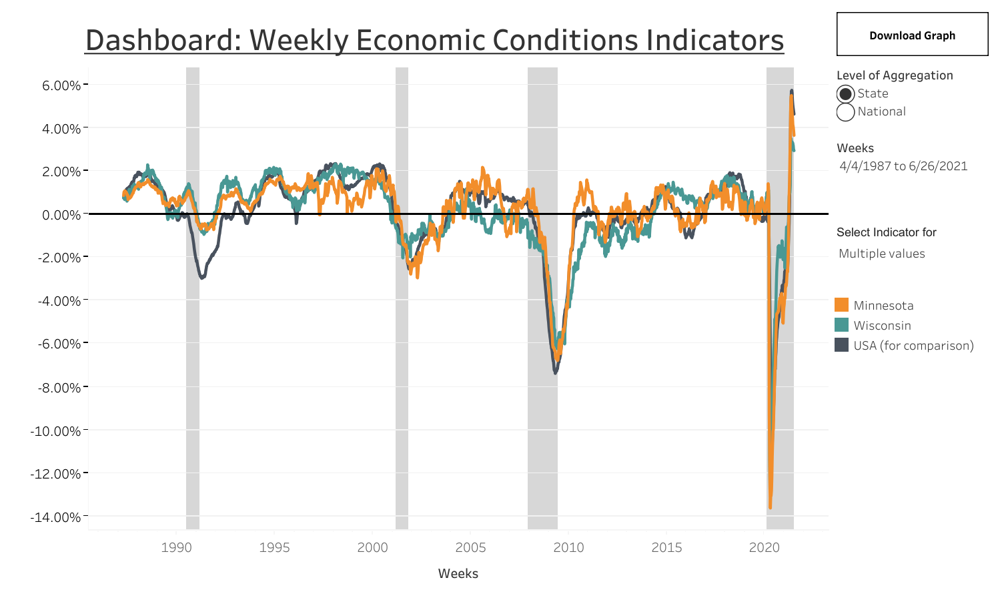