In Jim’s review of the Q3 advance release, he noted disappointments in residential investment. What is also worrying is the deceleration in real business fixed investment growth, and the decline in equipment investment. 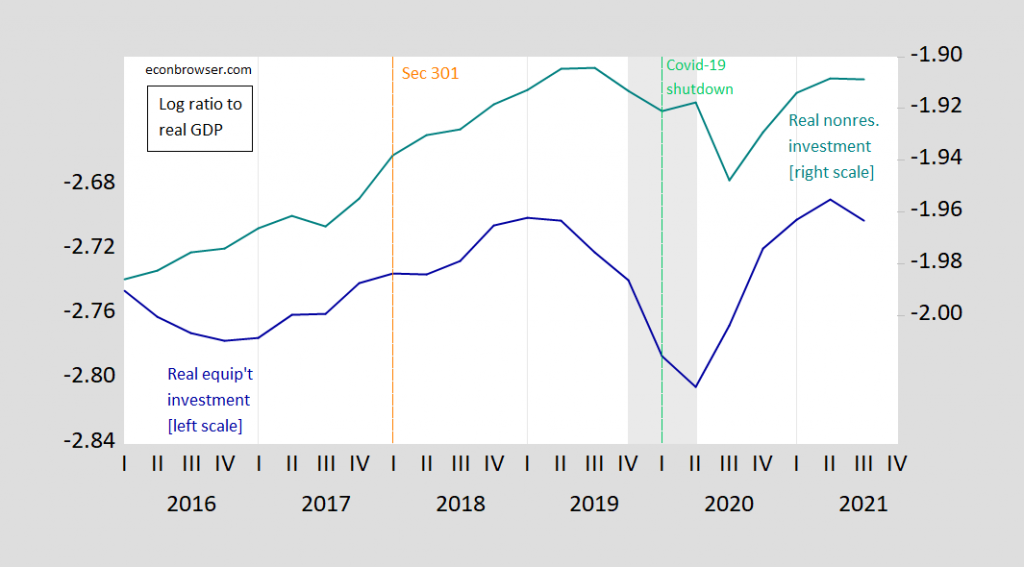 Both series, as a log-ratio of real GDP, are higher than they were at the last NBER peak (2019Q4) which occurred before the onset of the pandemic. Indeed, equipment investment was higher than in 2019Q3.

Why might we have observed this state of affairs, even as the economy was seemingly booming as of 2019Q4? Recalling that fixed investment is a forward looking variable, we know that it is sensitive to expectations and uncertainty. And as noted elsewhere, empirically investment does seem sensitive to policy uncertainty (see also here), as well as to other economic uncertainty. 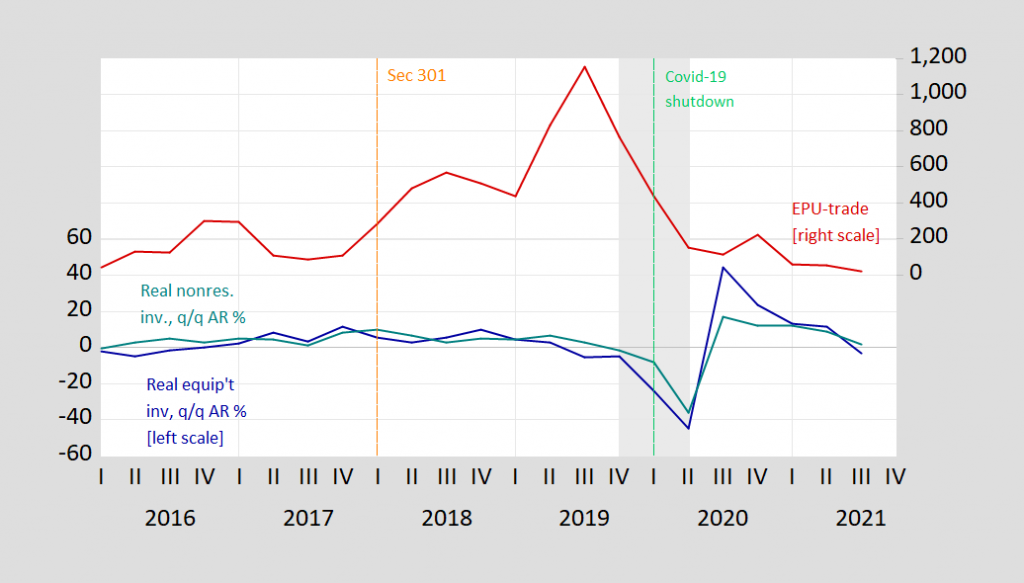 Investment growth went negative as trade policy uncertainty spiked. By the way, while nonresidential investment seems high as a ratio to GDP, it’s important to recall that this is gross investment being reported. The 2019 decline in net investment was more profound, from an already pretty low level, and given the trend shift toward faster depreciating equipment, it’s likely net investment to GDP looks quite a bit lower.

This makes me wonder whether — had we not had the  Covid-19 pandemic strike — we would’ve still encountered a recession. After all, the 10yr-3mo spread has been a pretty reliable precursor of recessions over the past three-quarters of a century.

19 thoughts on “Nonresidential Investment-GDP Is Low, but Higher than Just Before the Pandemic”