Using (roughly) the Burns-Mitchell-NBER approach. Incomplete listing, focused on those updated over time, by agencies, firms, or other organizations.

The methodologies differ, with varying degrees of judgmental input and input series; some observations in this post. In Chinn and Kucko (2015), we relied upon the ECRI chronologies. There are numerous other approaches, including for the US Jim Hamilton’s time series approach applied to GDP [latest announcement].

As an aside, here are six key macro indicators (at monthly frequency, as of 6/4) followed by the NBER BCDC: 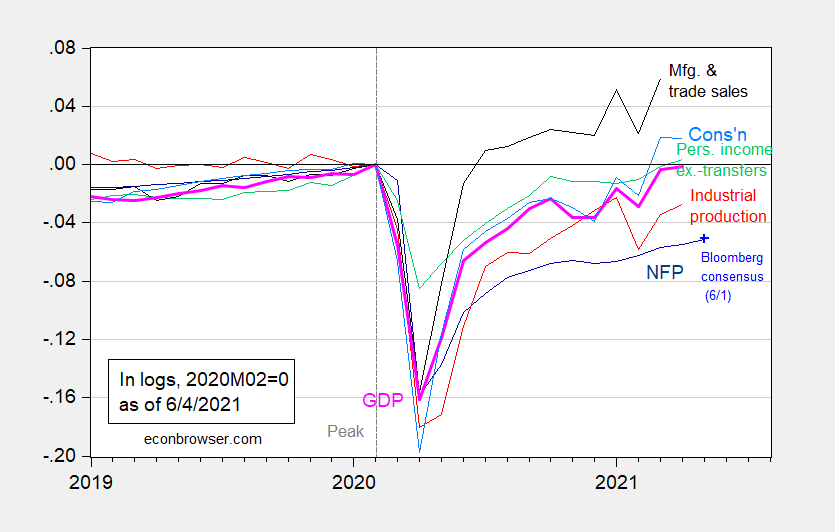 Any leads to other agency/organization chronologies welcome.

Other individual studies discussed on Econbrowser: