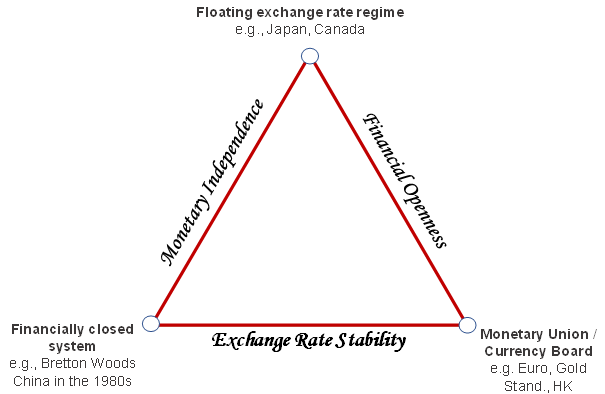 In a series of papers Joshua Aizenman, Hiro Ito and I calculated indices to measure each of these dimensions, and evaluated the implications of the choices countries made ( [ACI2010]  [ACI2011] [ACI2016] [ACI2017] [ACI2020]). These indices have just been updated (website here), to 2020 for “monetary independence” and “exchange rate stability” and to 2019 for financial openness (as described in this post).

In the following graphs, you can see the evolution of the choices that groups of countries — industrial (IDC), emerging market (EMG) and non-emerging market less developed countries (non-EMG LDC) — made in the aggregate.

The data are freely available here.

There are other ways to measure the dimensions of the trilemma; see Klein and Shambaugh here, Obstfeld, Shambaugh and Taylor here (among many others).