“From the Treasury’s perspective, the purpose of a strong dollar policy is less a strong dollar itself than to encourage foreigners to lend to the US on favourable terms even when the dollar is under pressure. The success of a strong dollar policy is reflected in the absence of USD risk premium on US assets when the USD is weak. In fact, the preferred asset market outcome is probably for the US to gain an export advantage via a weak dollar without paying a price on the financing side. But to be clear, the negative correlation between the USD and US yields over a period of decades suggests that neither an overtly strong nor an overtly weak USD policy affects borrowing costs significantly”

On the first, we have some evidence, from Chinn and Quayyum (2013) following up on Chinn and Meredith (2004). They find that there is some evidence for US based exchange rates that the unbiasedness hypothesis – the joint hypothesis of uncovered interest parity and rational expectations – holds at the 10 year horizon, a bit less clear for 5 year horizon. (Here I’m not taking into account the liquidity premium associated US Treasurys that Engel has demonstrated is important; accounting for them would probably make the unbiasedness hypothesis hold more strongly.) 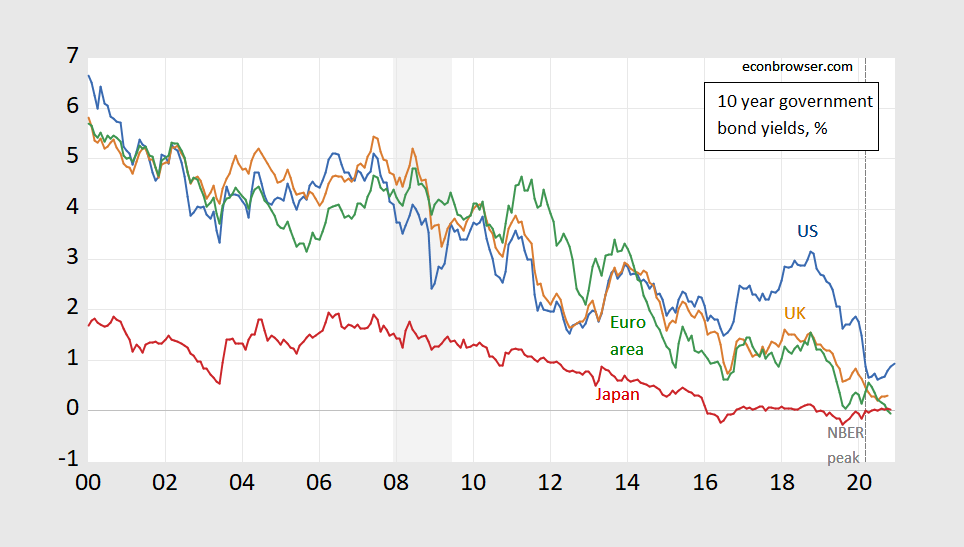 For those of us who believe a weak dollar is desirable on expenditure switching grounds, but don’t want a weakening dollar to induce higher US government financing costs, it’s possible to square the circle by having a discrete dollar depreciation to a long term equilibrium that is associated with no further depreciation. To get there, though, or to get to say 2014 levels will take some more depreciation. 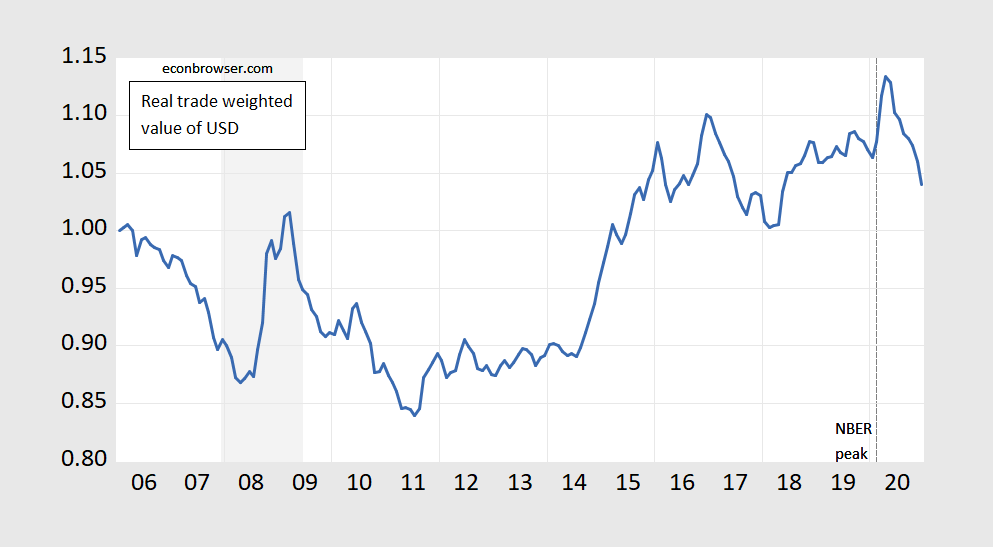 75 thoughts on “The Strong Dollar Debate, Yet Again”