Index Points to a Pickup in Economic Growth in July 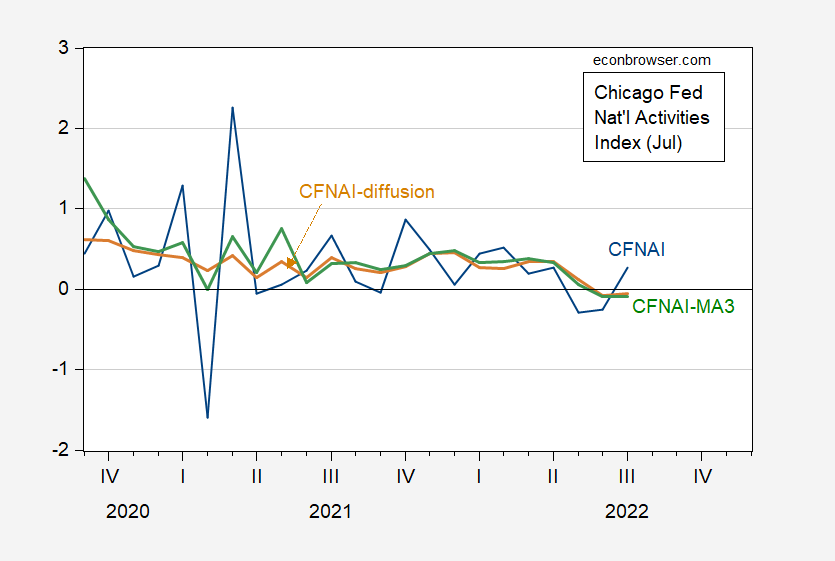 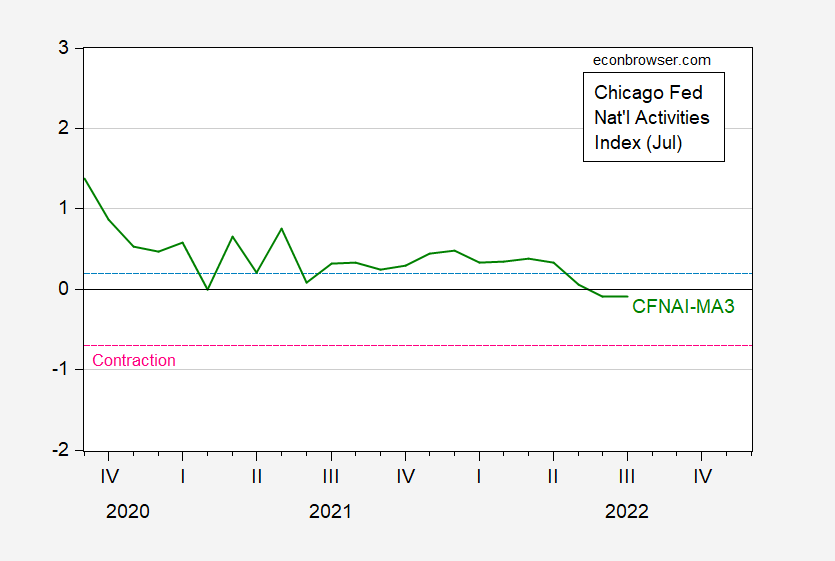 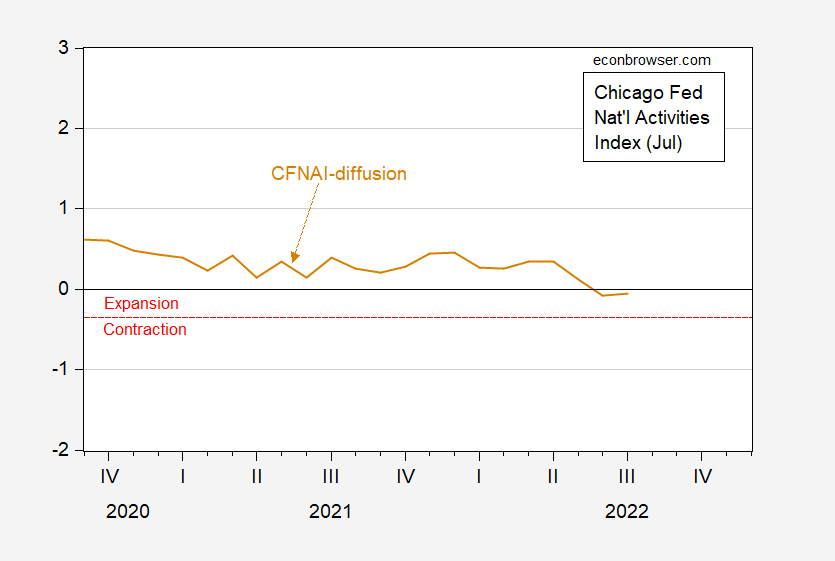 The three month trailing moving average is slightly under zero, indicating growth slightly below historical trend growth. It is far above the level consistent with contraction (i.e., recession). The CFNAI-MA3 tracks pretty well with NBER defined recessions (see the Chicago Fed website for the requisite graphs), except for the 2007 recession, where the CFNAI-MA3 passes the threshold in April 2008 (rather than Jan 2008, the month after the NBER defined peak).

The diffusion index is also above the level consistent with contraction, after a period of expansion. This measure also works pretty well, with the exception of signaling a recession start in December 2000 rather than the NBER contraction starting in April 2001.

Hence, the CFNAI, a weighted average of 85 indicators of economic activity (described here), suggests we are not as of July 2022, nor have we within the past year, been in a recession.

I might note that for weekly data through August 13th, it’s not looking good for the recession call either, as noted in this post. 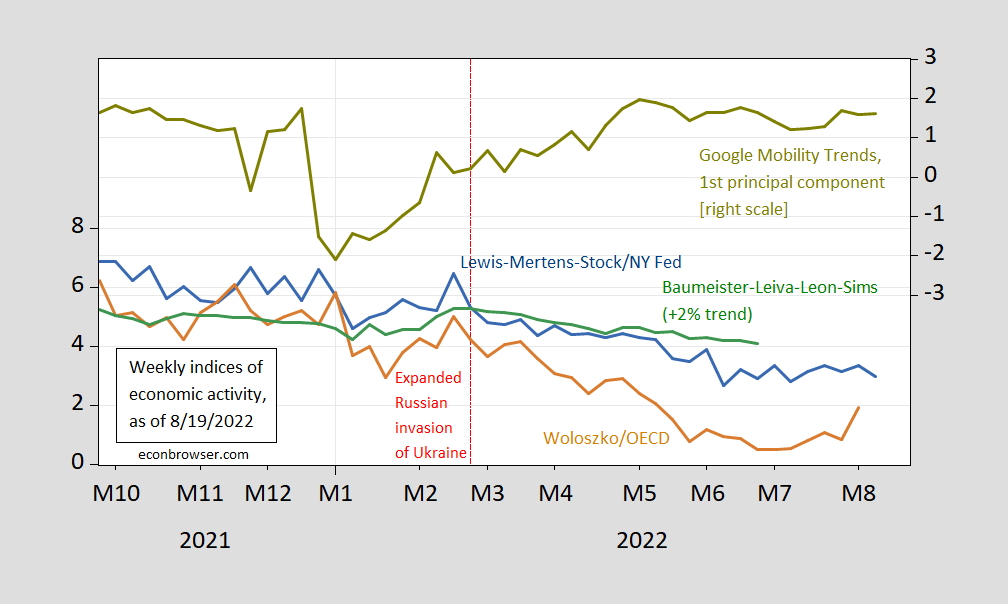